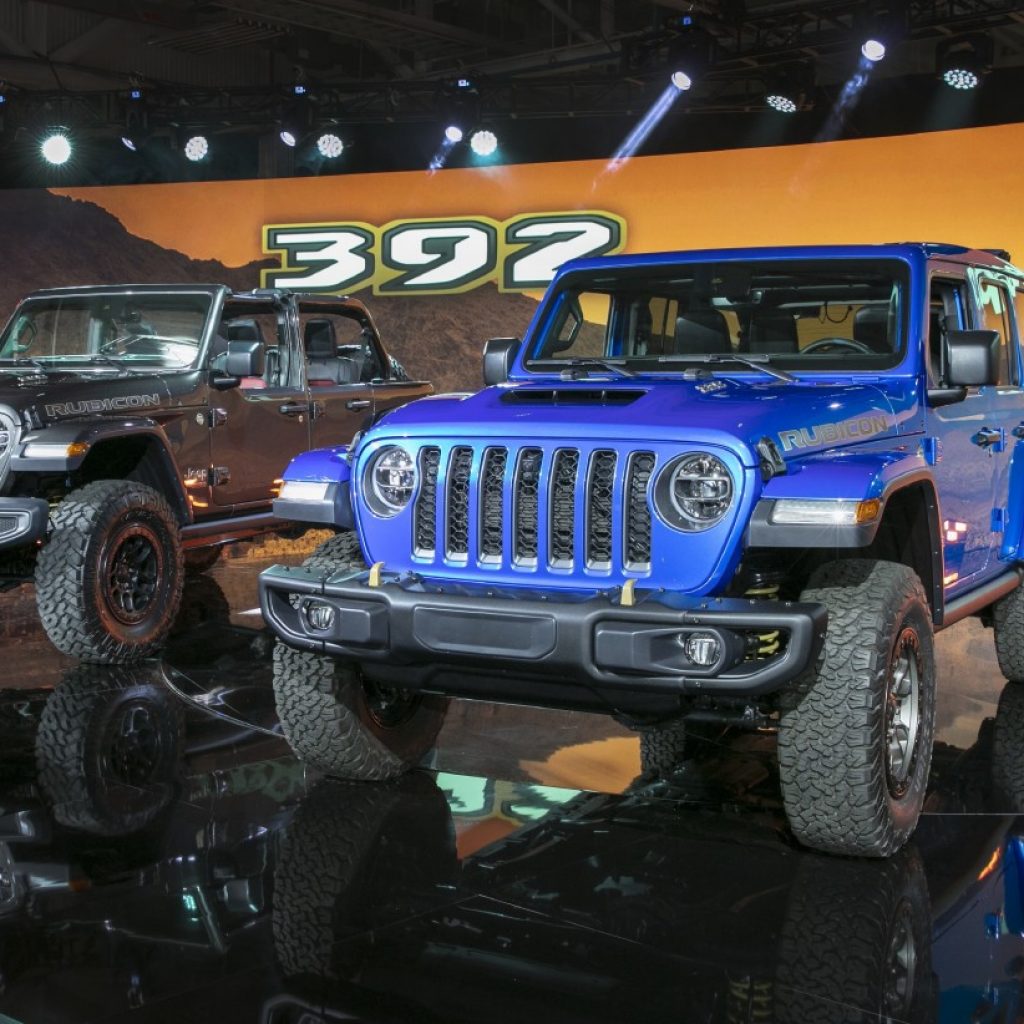 The new Jeep Wrangler Rubicon 392 has a 470-horsepower 6.4-liter V8 engine and can go from zero to 60 miles an hour in 4.5 seconds. That makes it the quickest and most powerful Wrangler the company has ever produced. This will be the first time in almost 40 years that the Wrangler or its predecessor, the Jeep CJ, has been offered with a V8 engine. The last V8-powered Jeep CJ, with 124-horsepower, was offered for the 1981 model year. At the time, Jeep was owned by American Motors Corporation, which was later acquired by Chrysler. Now the Jeep brand is owned by Fiat Chrysler Automobiles (FCAU), and executives there said the new V8 Wrangler was created in response to clear customer demand.

Some Wrangler owners have modified their Jeeps by fitting V8 engines into them. Many more have asked when Fiat Chrysler would offer a V8 engine option, he said. The Wrangler’s basic design had to be modified somewhat to fit the bigger engine. The Wrangler Rubicon 392 rides two inches higher off the ground than a base model Wrangler. Besides allowing more room for the engine, the higher ride height also allows for better off-road performance since the Wrangler can better clear obstacles and drive up steeper slopes. It can also wade through 2.7 feet of water. close dialog.

The Rubicon 392 has a bulging air scoop in the hood. The air scoop was engineered with a secondary path for air to get into the engine so that, even if the scoop’s opening becomes clogged with mud or snow, the engine can still provide provide full power. Besides 470 horsepower, the V8 engine can also produce 470 pound feet of torque, a measure of raw pulling power irrespective of speed. It’s all controlled through an eight-speed automatic transmission that can be shifted using paddles behind the steering wheel.

Jeep gives us a glimpse of its new Grand Wagoneer because it’s still a Jeep Wrangler, Fiat Chrysler engineers were able to openly test drive prototypes of the Rubicon 392 on public trails alongside other off-road enthusiasts without attracting attention or questions. They also tested its acceleration on drag strips. They did not, however, test it on race tracks because, they said, taking curves at high speeds is just never a priority for any Wrangler, including this one. To save gas, the V8 engine has a cylinder deactivation system that shuts down four of the cylinders when not much power is needed. Fiat Chrysler has not released fuel economy estimates for the Rubicon 392, though. Pricing for the new Jeep will be announced closer to when it goes on sale in early 2021.The Rubicon 392 will give Jeep something its rival Ford does will not offer, at least for the time being, in its new Bronco. The Ford Bronco will go on sale next spring and it will be a direct competitor to the Wrangler. It will be offered with a choice of either a 270-horsepower four cylinder or 310-horsepower six-cylinder engine.